I always had a tough time drinking protein shakes for its bland taste and the scary price tag. Another thing that bothered me was how most protein shakes come calorie-packed and the fat content is relatively high as well. But Premier Protein Shake is none of those things.

In my personal opinion, consuming below 300 calories from a drink is acceptable if the overall positive effects outweigh the negative. If the ‘said’ drink comes with great health benefits, along with even greater taste, then don’t wait around. Get yourself the deal you deserve.

Premier protein shakes are the elixir of healthy drinks. You get a large serving of all the right nutrients & minerals that will aid you in reinforcing the muscles after you workout. All these health benefits, without stacking up on calories. The few limited calories that come with the Premier Protein Powders and shakes are of low fat content.

Personally, I found the taste of most Premier Protein Shakes to be just as good as any other milkshake, while some being so good that I caved in and ordered a whole bunch, so I could have them as post-meal & post- workout dessert. Plus, they have a wide variety of flavors to pick from.

Premier Protein received “American Master of Taste Gold Medal” for ‘SUPERIOR TASTING’ by Chefs In America in 2015, 2016 and 2017 for its lack of prep time, multiple flavors and the great taste.

This brand of milk protein comes with low sugar & fat content, so most of the calories of Premier Protein Shake comes from milk protein mostly.

Premier Protein come in various forms and shapes. They have their own line of protein powder, protein shakes and chocolate bars.

However, the protein shakes come in 2 different types, one clear and juice-like with tropical fruit flavors, the other one is a basic milkshake type.

** Some of the flavors come with varying bottles/containers and size., unique to that particular flavor.

Overall, premier protein shake received positive reviews all over the world. It is specially a hit in online giants like amazon, Walmart and costco. Only about 3% of the customers were not fully satisfied with the Premier Protein Shake products for having a mild taste. It is probably because of the low fat content, but every drink that I had felt and tasted great, especially after a sweaty, heart-pounding workout. You can read about core powder protein review.

To sum it all up, Premier Protein Shake is one of the best in the market that received fairly positive recognition and won awards. If you have a sweet tooth, train on the regular, and like milk shakes, or even have a tight budget, then Premier Protein Shakes are just a couple of clicks away.

Disclaimer: Premier Protein Shake is a registered trademark of Premier Nutrition Corp in the United States. 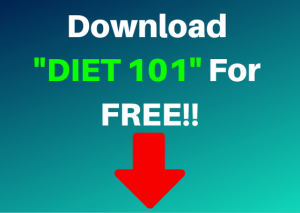 Read that. And then read it again. On the surface

Okay New York, it's friggin freezing 🥶 and it's

Haha! Raise your hand if you are in this situation

Eat better not less with unadulterated food as Mot

Haha! Tag your friends who would love to go this g

Error: API requests are being delayed for this account. New posts will not be retrieved.

Declaimer: Results may very, and is not guranteed. should consult with a proper doctor if you have any medical condition and things like that.